I vividly remember where I was on June 19, 2006. I went on a fishing trip with my dad to Northern BC and was relieved when the tiny cabin we had reserved on the shores of Babine Lake had sattelite tv.

Game 7 of the Stanley Cup Final was the same night we were due to arrive. I’m a big Canucks fan but Vancouver wasn’t playing in the 2006 Final, in fact they didn’t even make the playoffs that year. I was excited to settle in front of a tiny tv screen with sketchy reception to cheer for the Edmonton Oilers and Hurricanes. Yes, a Vancouver Canucks fan was cheering for the Edmonton Oilers. The same team that had pasted my beloved black and orange for most of the 80s, a hated Smythe Division rival, had my attention.

2 years earlier I had done the same thing for the Calgary Flames. Perhaps my fascination with the Red Mile celebrations after each win had something to do with it – but I had no problem cheering for the Canadian team in the equation. Habs in 1993, Senators in 2007 and, if the Leafs ever make it back and the Canucks aren’t there, I might just cheer for them too (who am I kidding, no I won’t!).

Leafs hatred aside, I’m a sports fan first. I can sit and watch the World Series of Darts, Poker, Bowling, Curling, Chess or Ballroom Dancing. If there’s competition of the highest level with a compelling storyline, I’m committed. I’m engaged. I’m on the edge of my seat cheering for Karl from Dublin to hit a triple 20 to take the title.

I’m now a Canucks fan living in Calgary, and while there are many people from Vancouver living here there is still a strong contingent that treat the Flames/Canucks rivalry with the seriousness reserved for Yankees/Red Sox, Red Skins/Cowboys or Israel/Palestine – I don’t.

The first thing I did when I moved to Calgary was buy a Flames jersey. Before I had an apartment, a house, or a paystub from my new job, I bought the colours of the home town team to fly. 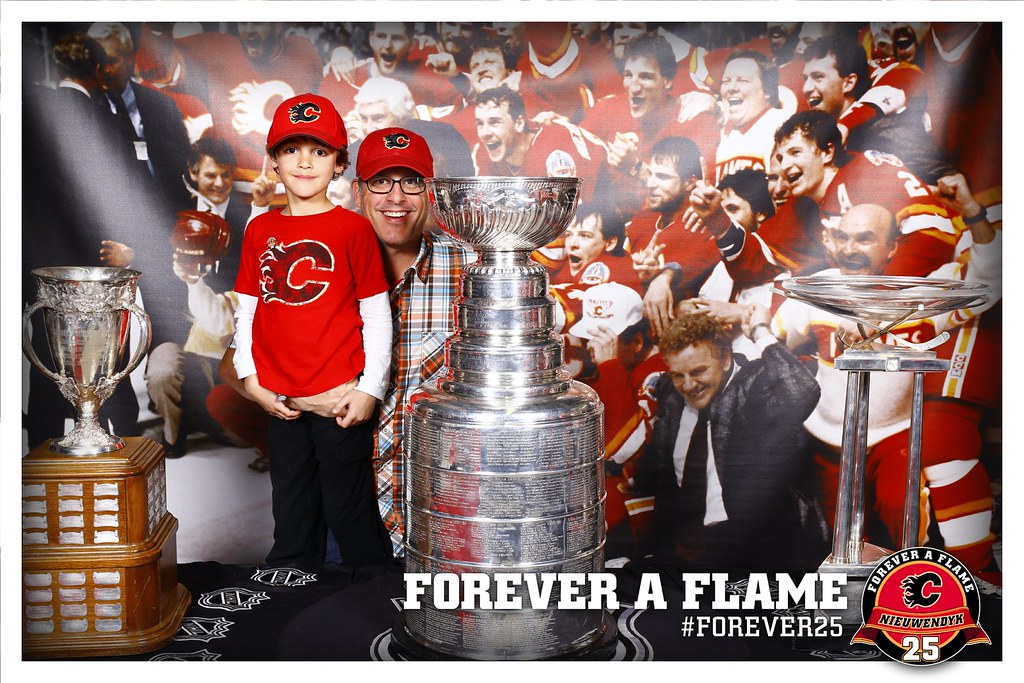 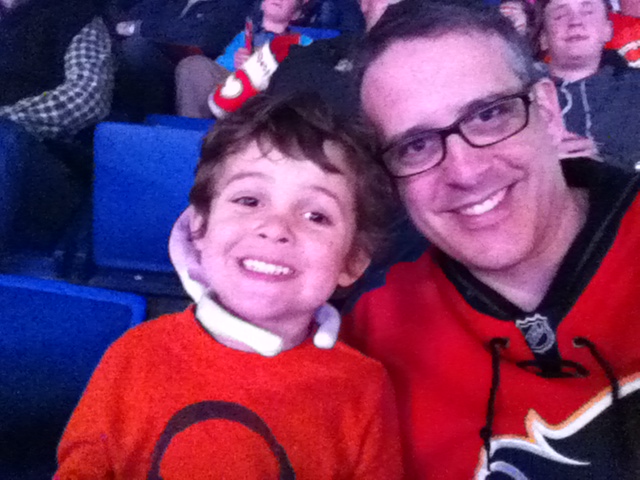 Why? Because I’m a sports fan first. I appreciate the word fan comes from fanatic, but I can’t swear that kind of a blood allegiance to one logo over another.

So when I fly my blue and green car flag, toss on my autographed Trevor Linden jersey for good luck and boast a little bit about my team making it to the last series of the season, temper the catcalls coming back and enjoy the only true ‘reality show’ on television – sport. 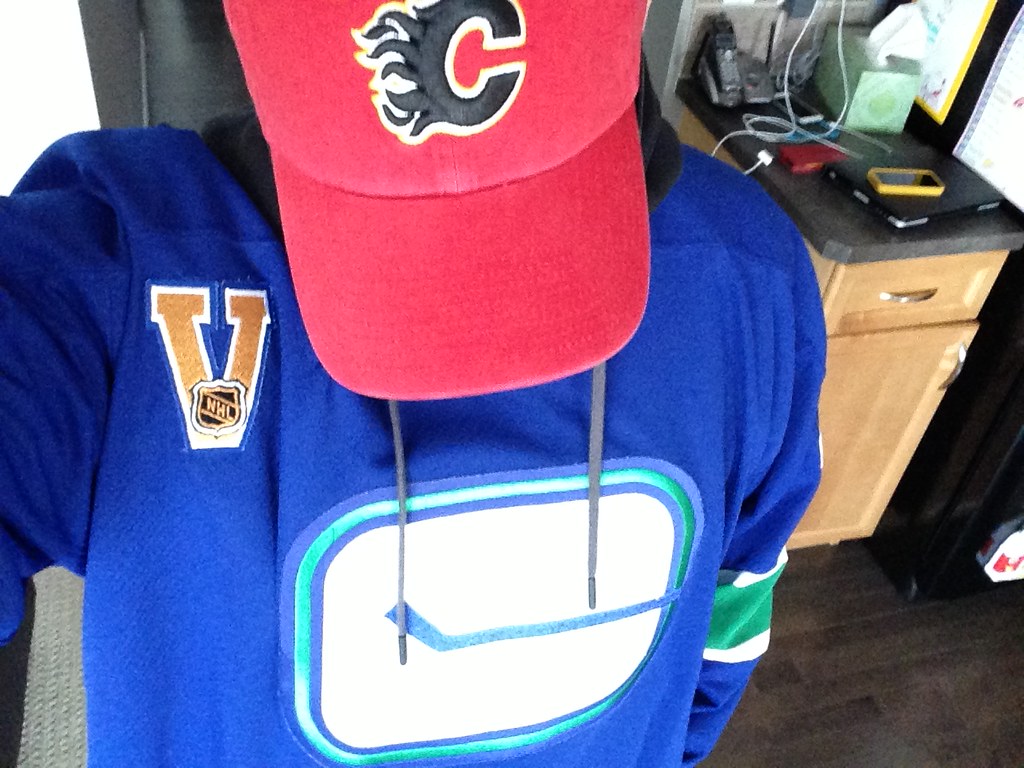