Perhaps, planning is beginning for trips that can be made at the end of the year. Some may want to go to the United States and visit cities like New York, others may want to go in the other direction such as certain Asian countries like China or Hong Kong.

However, those who are sports lovers will only have one place in mind: Qatar. The city that will host the most important tournament in the world is already preparing to receive its sports tourists. It is starting to give news about the places and above all, the stadiums where the World Cup matches will take place.

Football fans are already counting down the days. Qatar has not been spared in detail when it comes to deploying amazing sports facilities to host the football competition and its fans. Eight stadiums will host a tournament that will capture the world’ attention from 21st November. Some of them were refurbished and others were built from scratch. They are all stunning buildings that will dazzle the world with their design, their innovation and sustainability.

The stadium was the first stadium built in Al Wakrah for the World Championship in Qatar 2022. Designed by Zaha Hadid’s architectural studio, in collaboration with AECOM, its design represents the sea and recreates the shape of the ‘dhow”‘ the traditional boat of the region.

It has an operable roof and an innovative solar-powered cooling system. It has a seating capacity of 40,000, of which 20,000 are removable. It is intended for transport to another country in need of such infrastructure or as a legacy of the tournament.

Designed by the Spanish architectural firm Fenwick Iribarren, it can be found in the home of the Qatar Foundation, Education City. The façade is adorned with triangles forming complex diamond-shaped geometric patterns that seems to change its colour when the sun shines on them.

Also known as the “Desert Diamond”, it was the first World Cup headquarter to be awarded a 5-star rating for its design and construction by the GSAS. It is conceived as a social meeting point for the Campus, with meeting areas and green spaces. It has a capacity of 40,000 spectators, which will be reduced to 20,000 after the World Cup. 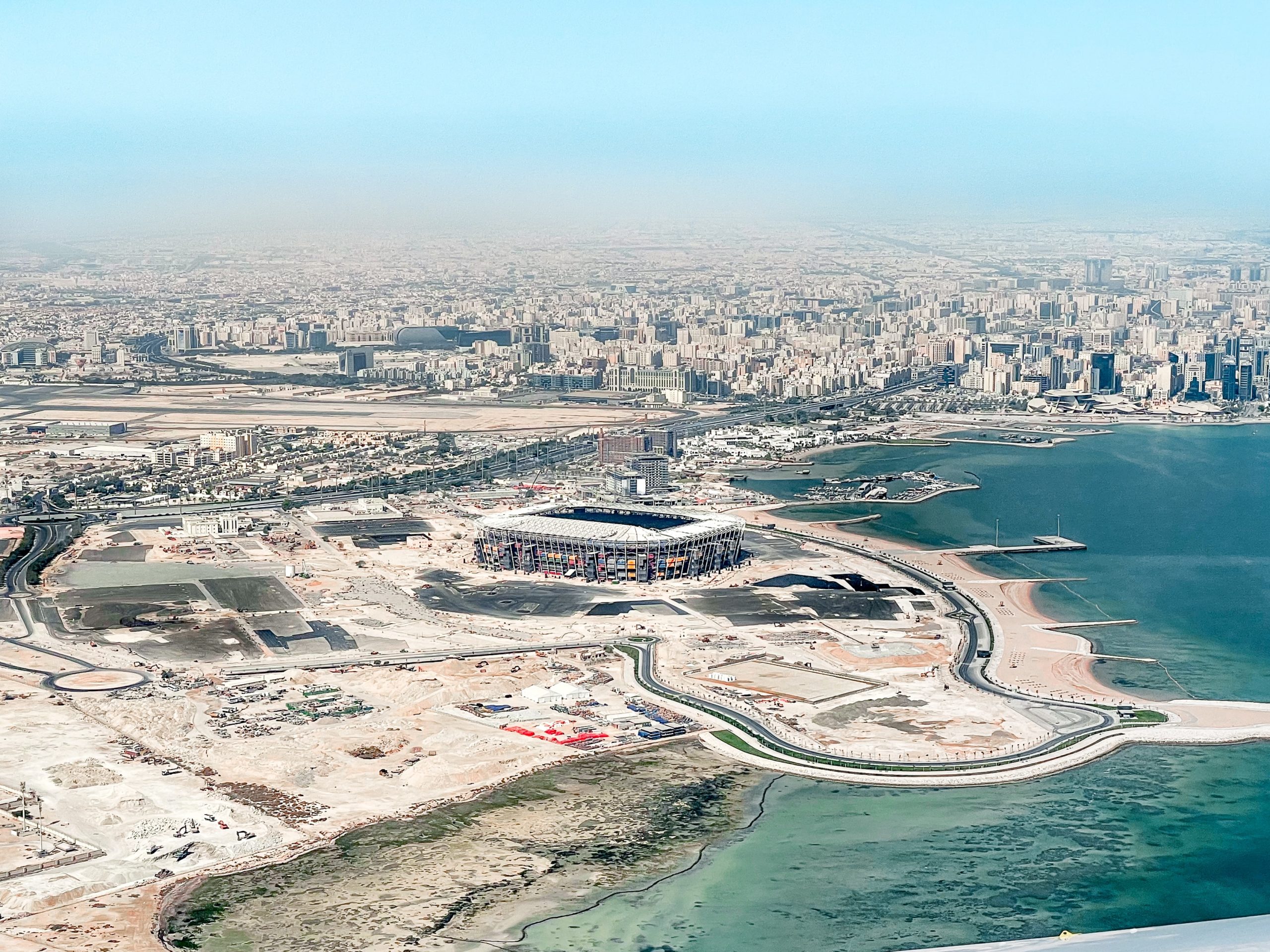 It is inspired by a traditional cap worn by Middle Eastern men symbolising dignity and independence called “gahfiya”. It is the work of Qatari architect Ibrahim M. Jaidah in collaboration with Fenwick Iribarren Studio.

In 2018, the headquarters’ design won the award of The Architectural Review Future Project. Al Thumama Stadium aims to be a reference in sports buildings for the city of Qatar. After the World Cup, it will house a multi-sports pavilion, an aquatic centre, an amazing hotel and a mosque. Two local football teams will use the facilities.

Located in Al Khor, it was designed by Dar Al-Handasah. It aims to honour Qatar’s present and past with an eye to the future.

With a capacity of 60,000, it will host the first match of the World Cup, as well as eight other matches in the competition.

It is the jewel in the crown. It is the largest tournament venue in Qatar and it is located in the city from which it takes its name. Foster + Partners designed this marvel based on the lights and shadows of the “fanar”lantern. Its façade and shape emulate the decorative motifs of pots and other bowls characteristic of the golden age of the Arab world.

Furthermore, it is also notable for its sustainability, designed to be energy efficient and capable of operating in extreme weather conditions during the Qatari summer. It has a capacity of 80,000 spectators and will have the honour of hosting the final. Fans will enjoy the final in one of the best stadiums in the world. Seats in the stadium have begun to be sold. 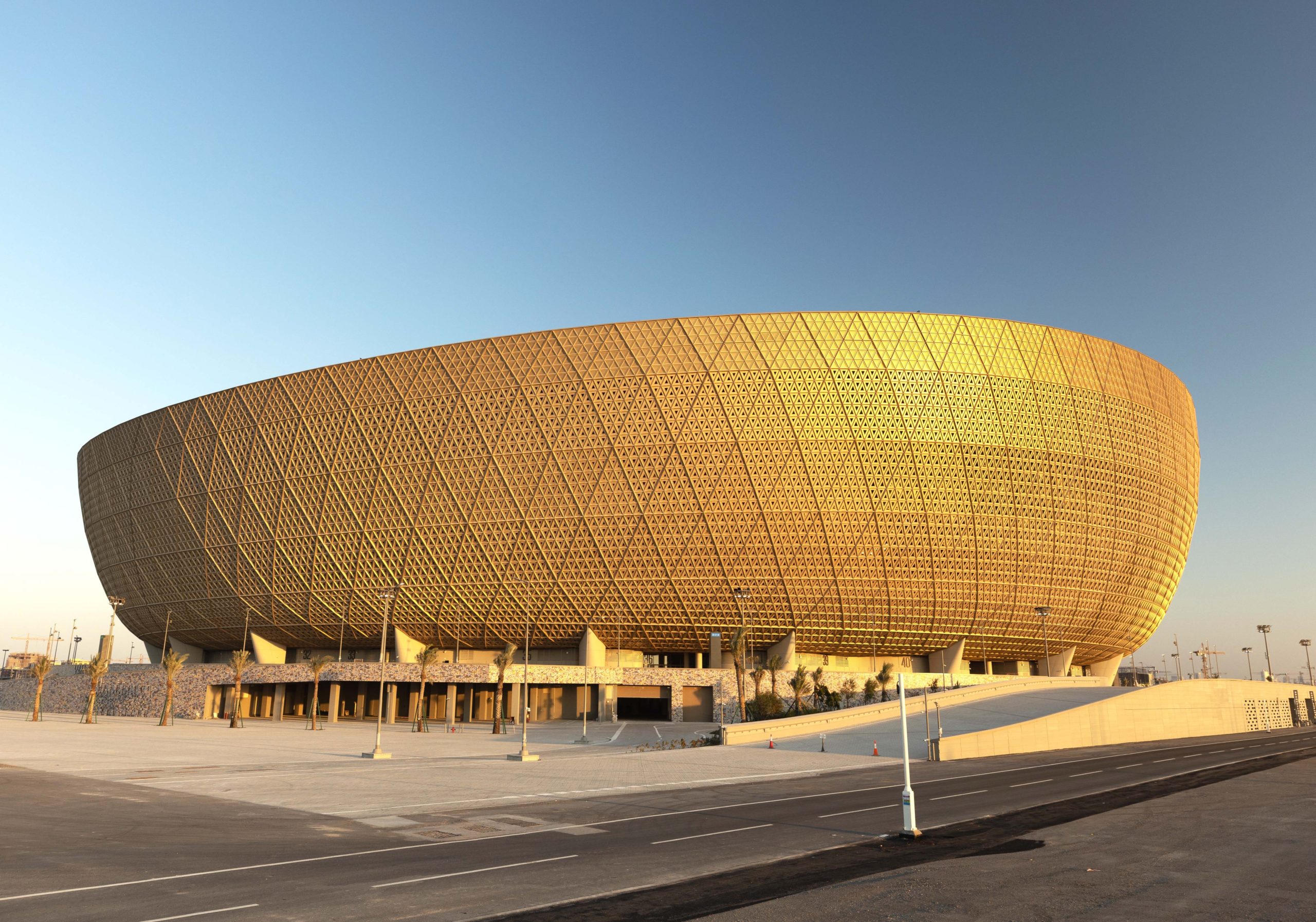 Some fans have already started wagering on their team through their favourite Qatar World Cup betting sites found at Arabianbetting.com. Others are going by the odds, and Brazil is the favourite. However, Germany, France, and England also look strong and have high betting odds. But as long as they reach the final, you can bet on the top scorer or the best-assisting player. In addition, those who start with their predictions are eligible for bonuses that will condition them if they are the lucky ones. Who knows if they’ll throw a party in the stadium to celebrate their predictions?

The stadium’s architects have also built canopies in the parking and service areas to provide shade. These have solar collectors that will produce energy for the stadium when in use, as well as for neighbouring buildings.