When you’re making your parlay picks in an NHL contest, past performance can be a predictor of future effort, but are you considering all the factors? Did the team have a healthy roster during the slump? Is a big star out for a bit?

The record isn’t the only thing you need to pay attention to, you need to know who’s in the game and how they’re playing. NHL lines site Betway put together a data driven insight into NHL injuries and how it compares to other leagues to help you make your choices.

Here are the highlights: 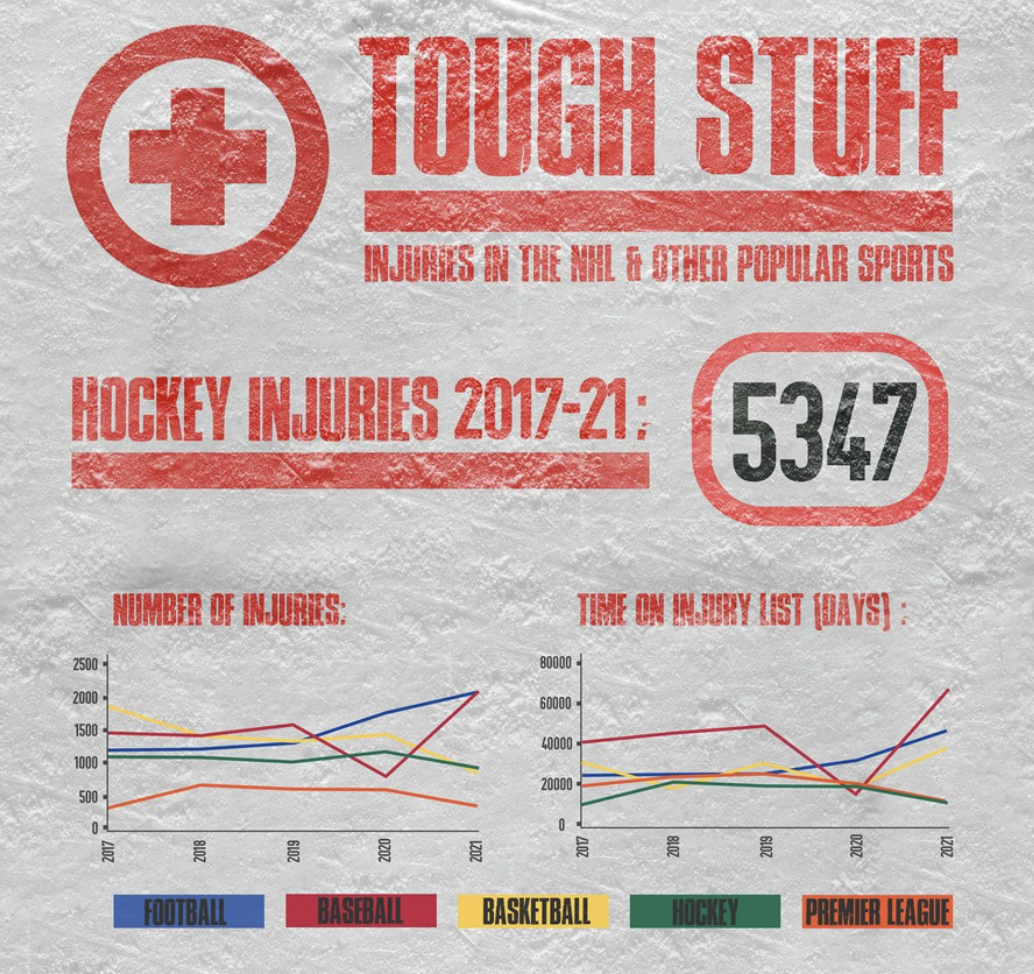 The NHL has seen a decreases in injuries from 2017 to 2021, which is good news for the players! Interestingly, there was a significant spike in player injuries during the 2020 playing season before coming down in 2021. COVID protocols and other illnesses likely played a major part in that season as players were kept off the ice if they had an illness.

While players may have been sick a lot for that season, the overall trend is for injuries to be decreasing in hockey. Still, the most common body parts impacted by injury being the knees, shoulders, hands and ankles.

When a player is not on the ice, there is an impact for the team when it comes to wins and losses and also the bottom line. When a player is injured, he needs to be replaced on the roster and that means there is an economic impact* injuries have on NHL teams.

So what are teams doing to prevent injuries in the NHL? Having your athletes in the lineup helps the team perform better and can save the owner money.

You’ll often see players in the hallway of the arena kicking a soccer ball around to stretch out their ankles, knees and hips. After games, players will sometimes ride a stationary bike to flush out their legs with a proper cool-down  Stretching is particularly important for avoiding common injuries like hamstring or groin pulls.

A number of years ago, the Canucks had their players wear sleep monitoring devices to make sure they were getting an appropriate amount of rest. The team also bucked the trend of flying out immediately after games and arriving in the early pre-dawn hours to traveling during the day so the players could rest properly.

Concussions are a serious problem in all contact sports. Former NHLer Marek Svatos passed away a year ago and donated his brain for research. It was recently revealed he had the degenerative brain disease chronic traumatic encephalopathy (CTE) at the time of his death. It’s important all players with a suspected concussion rest for 24-48 hours, avoiding anything that could worsen symptoms.

Trainers are now required to complete a ‘handling concussions’ course and players need a medical certificate with a doctor’s permission to play following a concussion.