No, but maybe yes.

First things first: check the sidewall of your tires and see what symbol is there. M+S is the designation for a 3 season tire, the letters stand for MUD + SNOW. 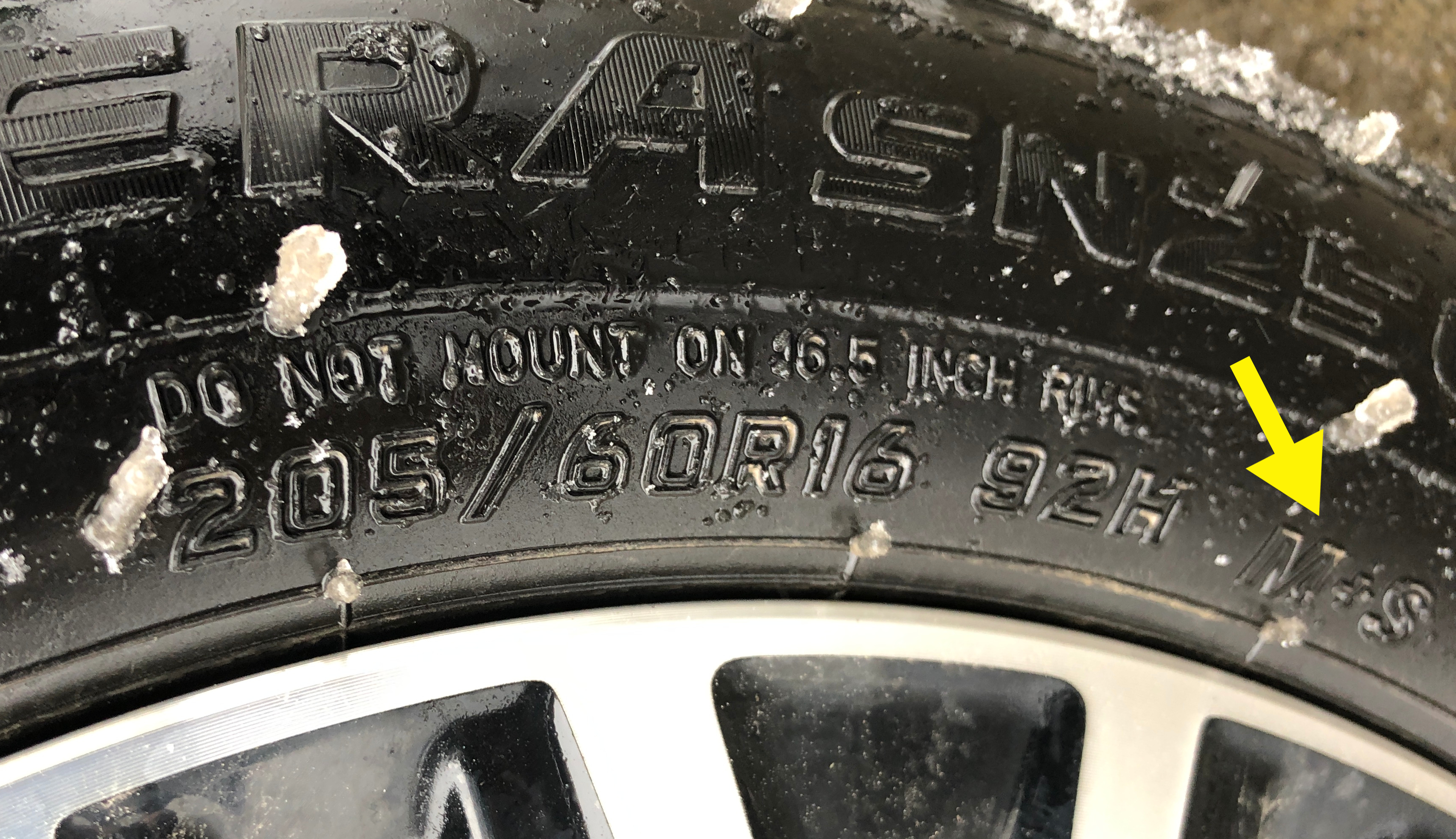 A lot of people just stop right there. In fact, a 2018 Kal Tire study showed on average only 50 percent of drivers in Alberta, Saskatchewan and Manitoba planned to use winter tires.

Could it be they think the “SNOW “designation is good enough for them? This confusion has been complicated by announcements from the BC Government who allow for M+S tires on the province’s mountain passes as part of their winter tire regulations.

Except M+S DOES NOT MEAN WINTER TIRE, it’s a 3 season tire. You can use it in the spring, and the summer, and the fall, but once the temperatures drop, and the snow sticks, you’ve got tires on your vehicle that are not performing for the conditions.

I was fooled by the announcements too. I bought a new car in the spring, I heard about the rules around October 1, I checked my tires, saw the M+S symbol and thought I was okay.

“It can be confusing for drivers because legislation in BC allows for M+S tires on mountain passes and highways during the winter months, but they are not winter tires,” says Mike Butcher regional director for urban retail stores, Kal Tire.

The M+S tire is NOT A WINTER TIRE. Here’s why (click to see the pdf): 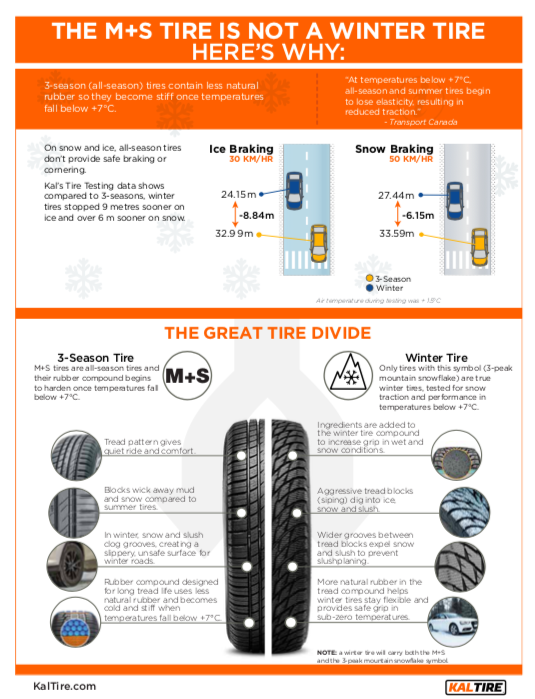 All of Canada’s drivers (save for maybe that corner of the lower mainland and Vancouver Island where it’s always warm and wet) should swap out their 3 season or summer tires for full-fledged winter tires.

These are easy to spot because they have a 3 peak mountain snowflake symbol. If your tire doesn’t have one of these, don’t drive on them in the winter.

Winter tires have both the necessary tread design and compound to give tires strong grip.  Winter tires have a more natural rubber tread compound that helps the tire stay soft, flexible and grippy in cold and sub-zero temperatures. Aggressive tread blocks are designed to dig into snow and slush; wide grooves between tread blocks expel snow and slush and maintain road contact.

“True winter tires are a much safer option for those who travel through mountain passes and rural highways,” says Butcher, adding everyday cornering and braking is also improved for those who face temperatures at or below +7C as well as ice, snow, and slush.

Transport Canada is on board with the recommendations adding those driving in severe winter conditions should “install four winter tires that meet the snow tire designation…” Transport Canada also says M+S tires “…may not always be suitable for severe snow conditions.”

We’ve already had a few false starts for winter across the prairies. Mother nature is warning you that the full blast of winter is just around the corner, so check your tires, understand the difference between 3 season and winter and make the change. 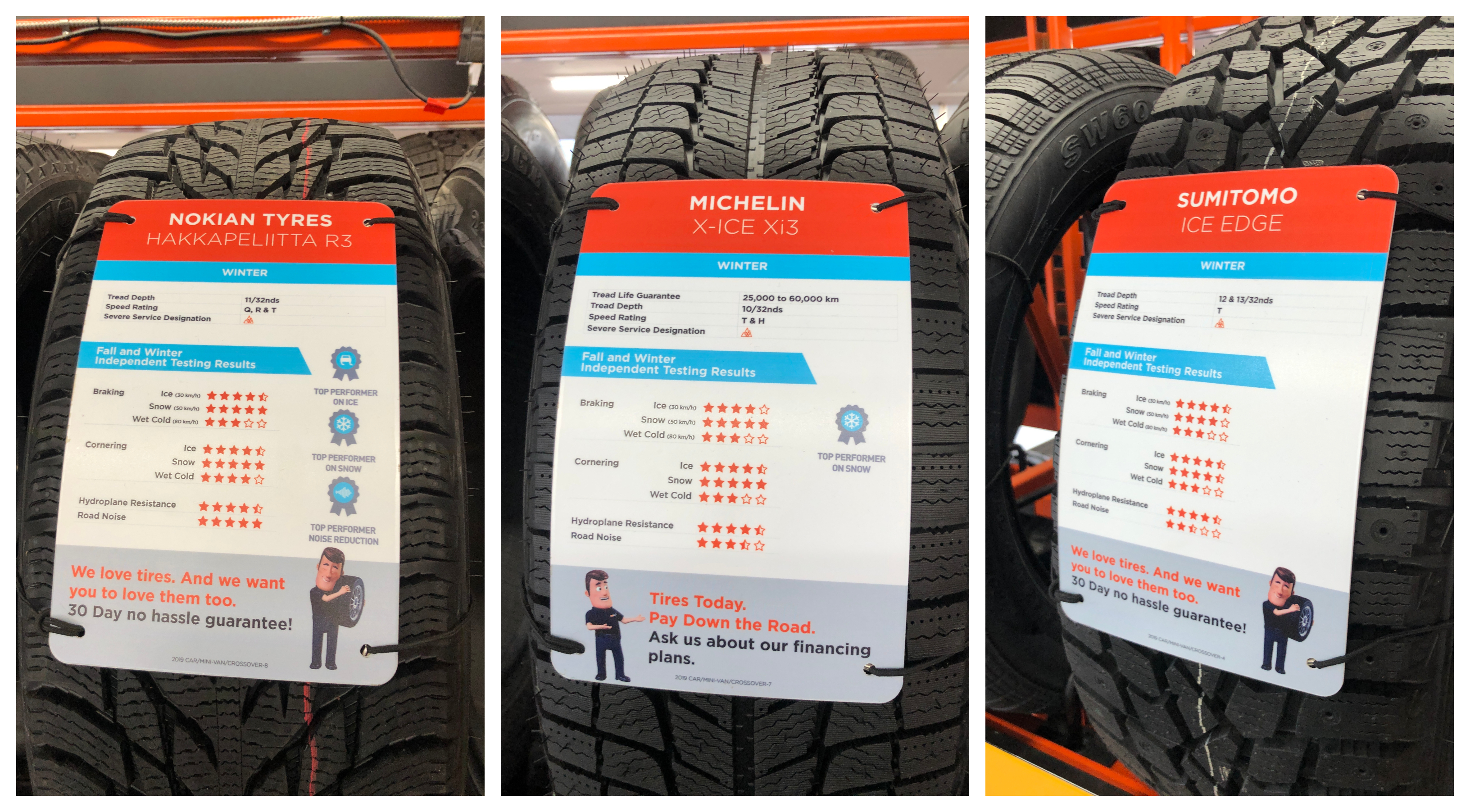 I’m going through my choices right now between these three SNOW tires – all with the three-peak mountain snowflake symbol – and I’ve got my appointment booked to get the swap done.

When will you make the change?

Scheduling an appointment to swap out your tires is dead easy online at KalTire.com. 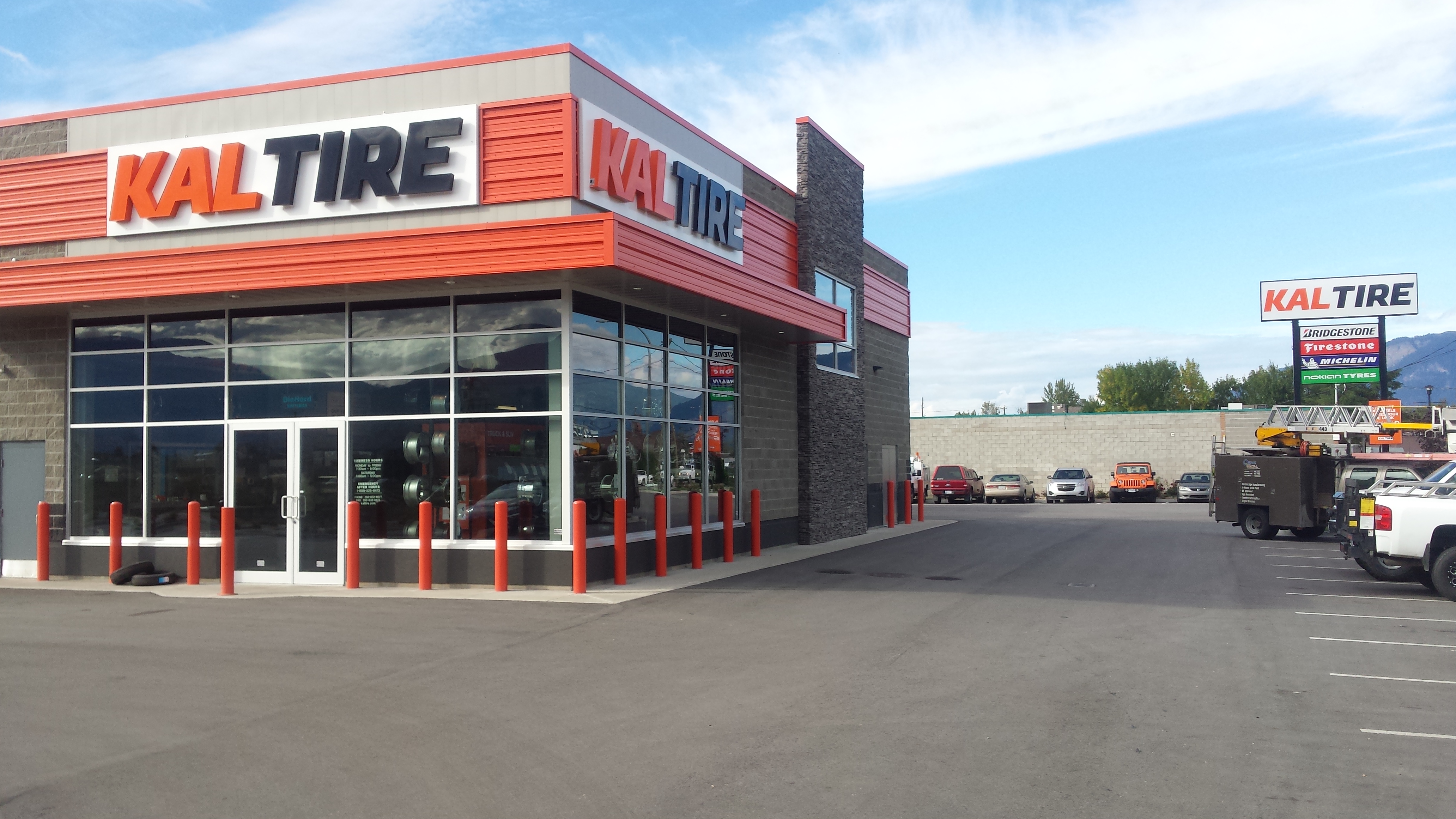 Simply choose the time and location near you and you can be in out and on your way safely.
(Visited 48,730 times, 14 visits today)