Now, more than a decade after the years when I managed to punch in 50 rounds a year, I’m lucky to hit the links 5 times and my handicap has ballooned to 20.

It’s a classic ‘getting old’ sort of scenario where my head knows exactly what to do, I have the experience and understanding of how to play golf, but my body has forgotten the mechanics and I am chunking everything around the green, hitting irons fat, and, well, a long 270 yard drive doesn’t do anything when it takes you 6 more shots from there to hole out.
So that was the state of my game as I arrived at Mickelson National during its inaugural week in 2020. The signature design from Phil Mickelson features everything you’d expect from Lefty. You can bomb it off the tee and if you miss the green you get to show off your short game. 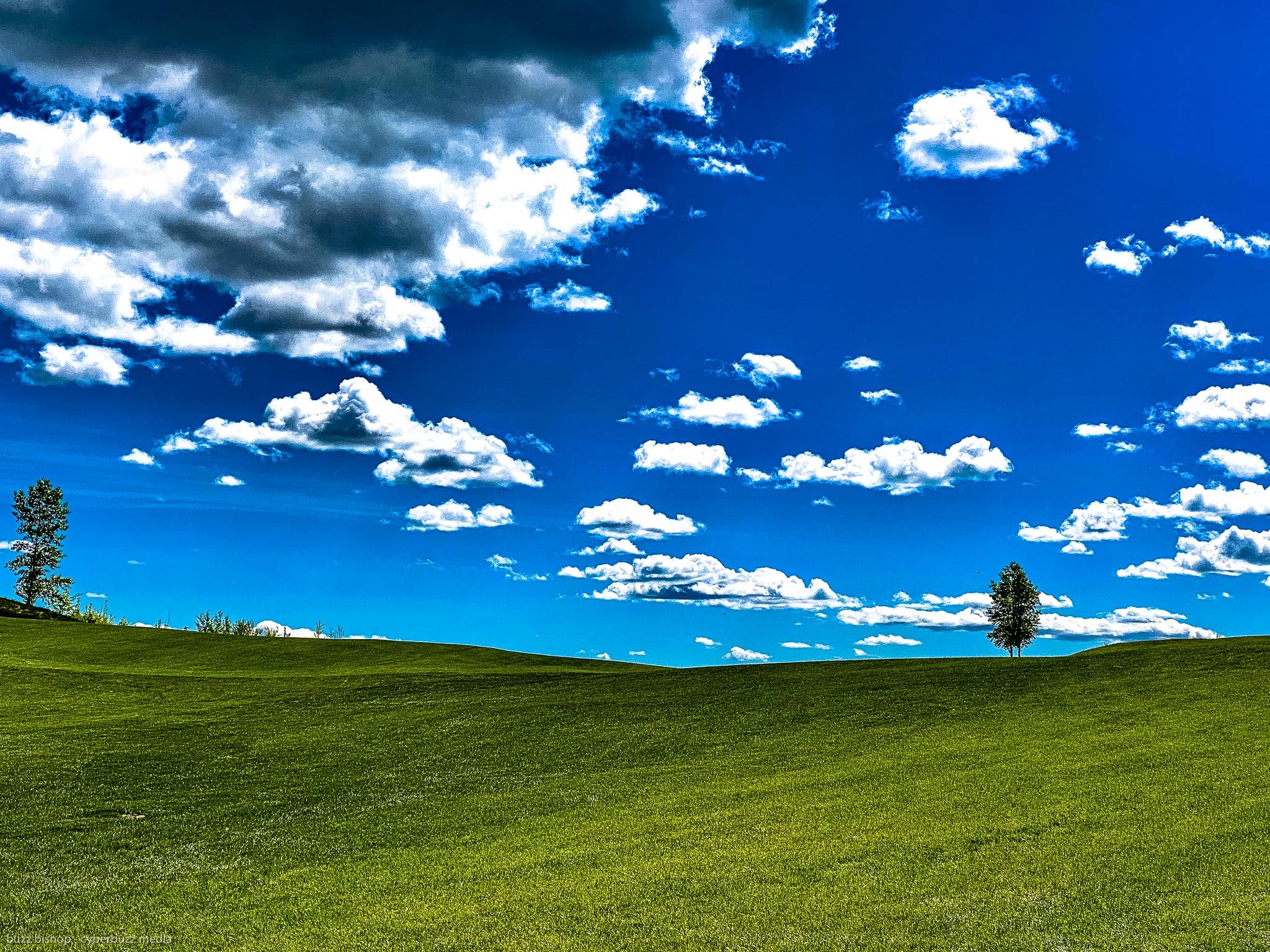 But there was a problem this first week the course was open (the same problem it had last year during the preview phase) – no yardage markings. There aren’t barber poles at the 150, there aren’t red rocks at the 100, there are no distances on sprinkler heads, you’re on your own.
To be fair, the course was a week old when I played it, and it is being groomed as a future site for the Canadian Open, but I don’t have Bones on my bag pacing things off and whispering in my ear that it’s an easy 7, or a full 6. I’m a dad who likes to golf to relax and have fun, and while I know my distances with my clubs, I have a hard time eyeballing them.
Throw in the big open prairie sky and things are hard to gauge on your own. I was lucky to be playing with some guys who had a laser and it threw me off every hole. In my head it looked 135, he told me it was 165. 180? Nope, 220. 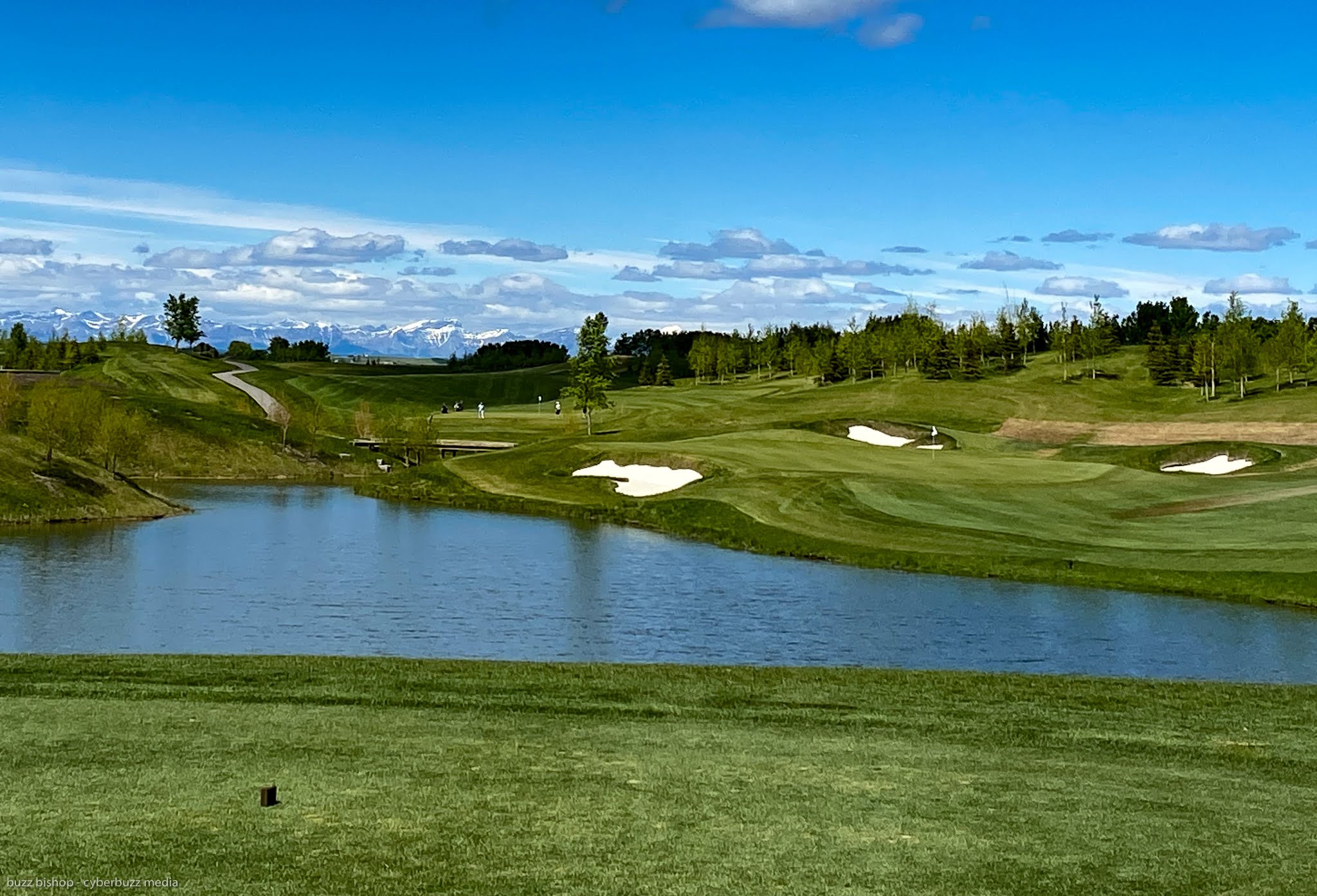 The staff at the end of the round said the carts will have GPS eventually, and the course is linked up with Garmin and Golf Logix, but I use Offcourse which didn’t have the yardages and I was completely lost. I get it, it’s 2020, a lot of guys have watches on their wrists or lasers in their bags, but how hard is it to toss a pole at the 150 spot?
Really, though, the lack of yardage is the ONLY complaint I have for Mickelson National. It was a treat to play.
The course was built with the prevailing Chinook winds in mind as number 11 is a towering downwind par 5 that tops out at 646 yards from the tips. At least you hope it’s downwind, this is the prairies, there’s a chance it could come at you from any direction. 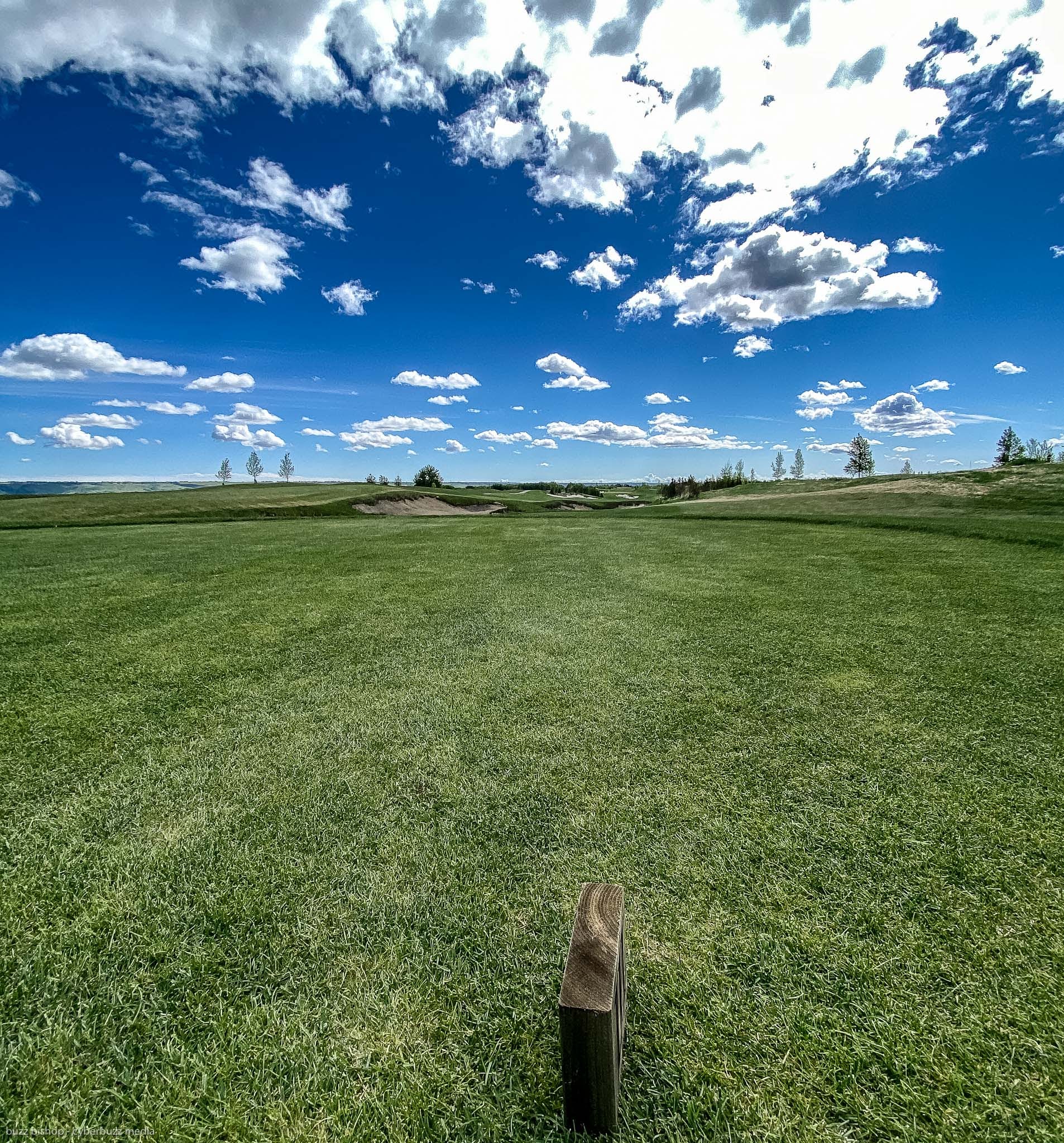 There are also short par 5s, like number 4. It’s completely reachable in 2, but to do so you need to fire at a green that slopes hard down to the water. Do you try and hold it from 210, or do you lay up so you can grip the green with a wedge? 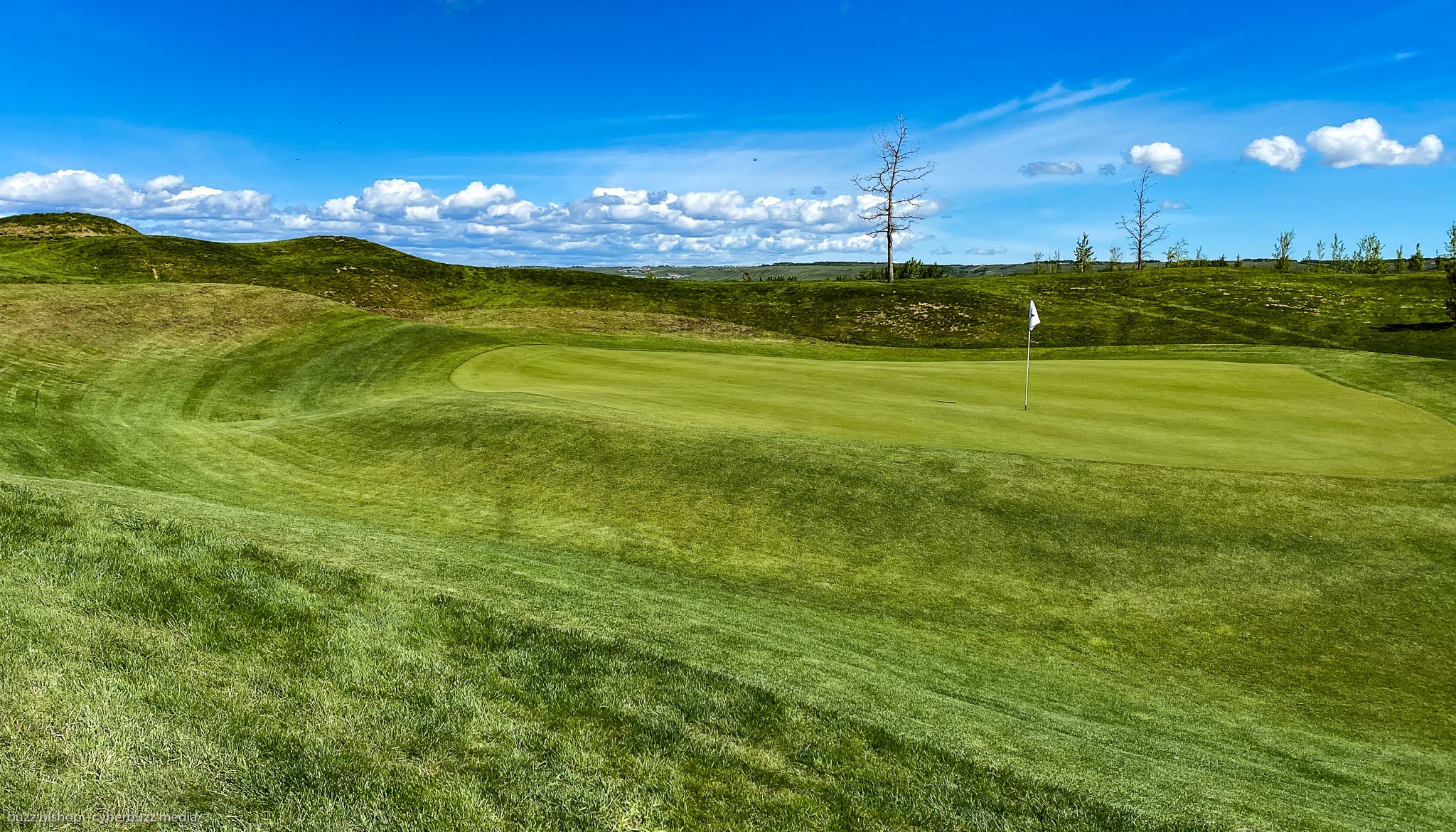 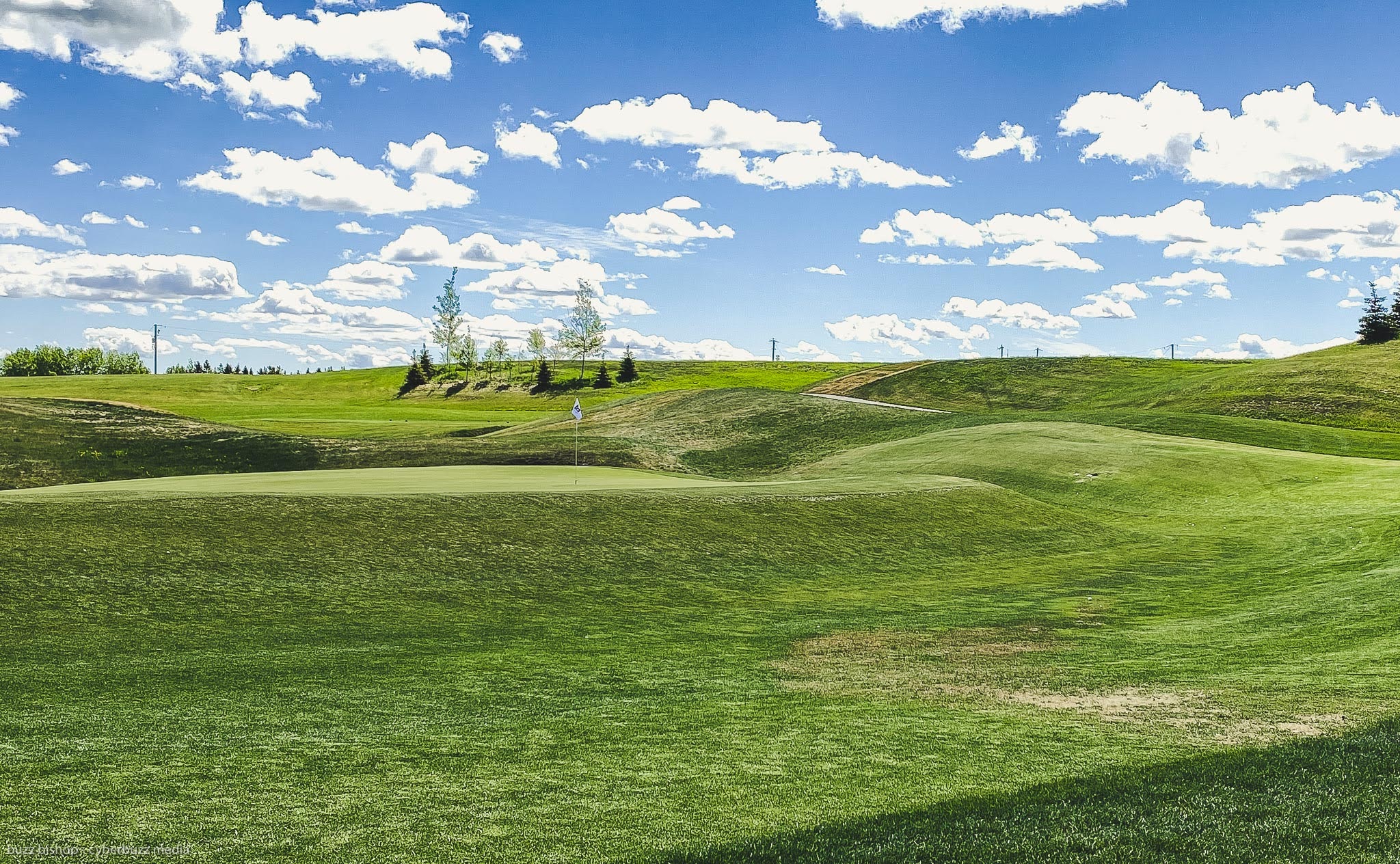 It’s the kind of golf course that baits you into going for it offering a big reward, but with an element of risk always lurking
There are two reachable par 4s. Number 7 has traps well below the green, and a long thing off-angle green poses different challenges off the tee box. I smoked my 5 iron and managed to catch a downslope to the edge and two putted for birdie! 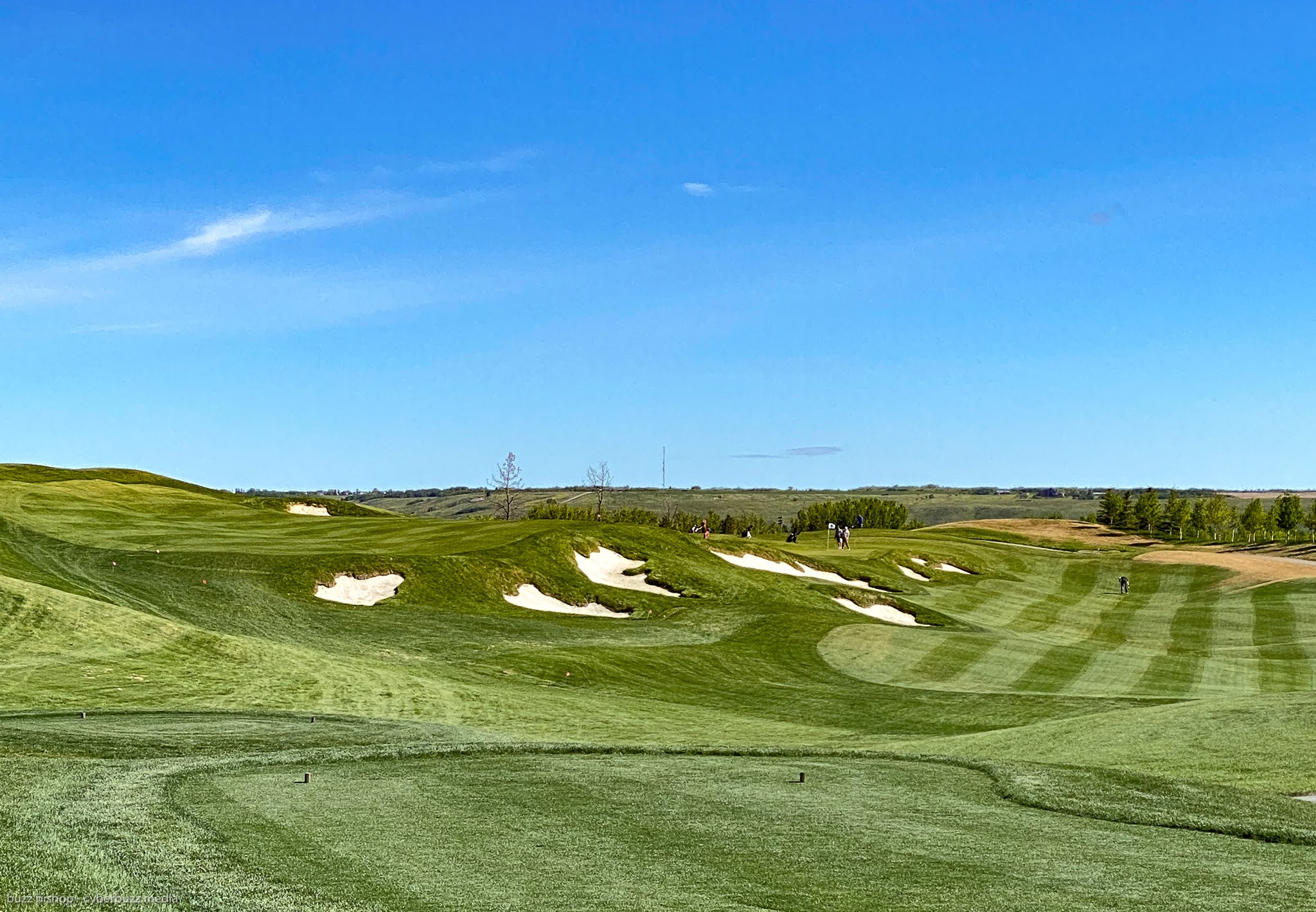 My handicap didn’t improve on the day, despite a couple of birdies and some booming drives. The greens ate me up, my short game failed me, but I still had a lovely afternoon caught between the Rockies and the city.

When the course matures and the greens are rolled out and the clubhouse is built (and the yardage markers are added) this will be a fantastic track, right now it’s the equivalent of a birdie putt that fell just a few inches short – almost perfect, but will be better next time.

CHECK OUT MORE OF MY
GOLF COURSE REVIEWS HERE