In Canada, the answer to “when should I change to winter tires” is very often “sooner than you think.”

I live in Calgary, Alberta and while there was that one time I waited until Remembrance Day weekend to get the tires changed, most often it’s somewhere between Thanksgiving and Halloween.

A recent discussion thread on r/Calgary confirmed this mid October – mid November window as the Goldilocks moment to get your winter tires changed, but many advised to book an appointment sooner than you think you need it.

“Whatever you decide, you should book an appointment in advance. I used to work at a dealership and tire season was the worst for outraged customers who couldn’t fathom why we couldn’t fit them in to get their tires swapped the day before the first expected snowfall and were pissed that we were booking 2 weeks out.”

In other words, the best time to change your winter tires is .. RIGHT NOW – especially with this new normal.

According to a survey conducted by Kal Tire, 11% of Canadians DIDN’T take their winter tires off last spring (major lockdowns happened through March and April, so it’s not completely inconceivable for this to have happened). Of those drivers who didn’t change, 95% plan to keep those same winter tires on for another season and 68 % are not concerned about the impact of driving winters through the summer.

“Running winter tires through the summer, particularly during the hot months, can significantly reduce tire life, possibly by as much as 50%, so if at the end of winter, those winter tires had 50% of their tread remaining, and they were driven all spring and summer, there might not be enough tread depth or grip for safe winter driving,” says Mike Butcher, regional director for urban retail stores, Kal Tire.

To help ensure drivers won’t be compromising their safety and the safety of others on the road,
Kal Tire recommends having winter tires inspected before cold temperatures set in. Now, with COVID-19 rules enforcing social distancing in the tire shops, getting a tire change appointment booked sooner than later is a good idea.

THE SCIENCE OF SEVEN DEGREES

The best way to see when you should change your winter tires is to look at the long range forecast. Once the temperature slips below 7 degrees Celsius on a regular basis, your summer tires will get harder and not grip the road as much. Winter tires are made with a different rubber compound than summers, they’re designed stay soft and grippy at temperatures below 7 C.

“Winter tires give you better braking and cornering grip because they can stay soft and flexible
as soon as temperatures are consistently at or below +7C, so it’s not about the snow. In most
cities in Canada, that means you could easily have your winter tires installed, and not
compromise wear, in early fall,” says Butcher.

The weather changes quickly around Calgary. We’re going from temperatures in the high teens to below zero overnight and snow in a matter of days. Once I see those overnight temperatures start to consistently get lower, I’m booking my appointment at KalTire.

Other key findings from the Canadian Winter Tire Survey:

• BC had the highest percentage of drivers who kept their winter tires on over summer at
18%, followed by Alberta at 15% and Manitoba at 9%

• 25% of drivers delayed doing maintenance work because of COVID-19

Now there are other factors that can play into when you should change to winter tires in Canada based on legislation in your region and which roads you travel.

BC requires vehicles to be equipped with winter tires at certain parts of the year, usually October through March, for use on many of the province’s highways and mountain passes. 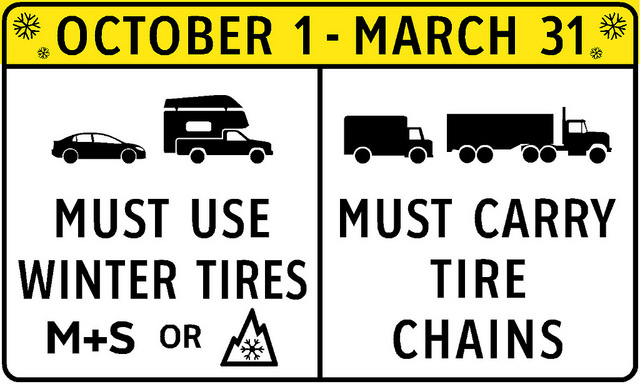 A M+S tire is different than a winter tire. M+S is a 3 season tire. It is great through spring, summer, and fall, but once you get into a real winter they’re not going to serve you well.

Even though the legislation for BC allows for an M+S tire, you really should be looking for the 3 peak mountain and snowflake symbol. That symbol means your tire is rated to perform in colder and slipperier conditions.

Outside the provinces, there are also rules specifically for a few of Canada’s National Parks located along the BC/Alberta border. 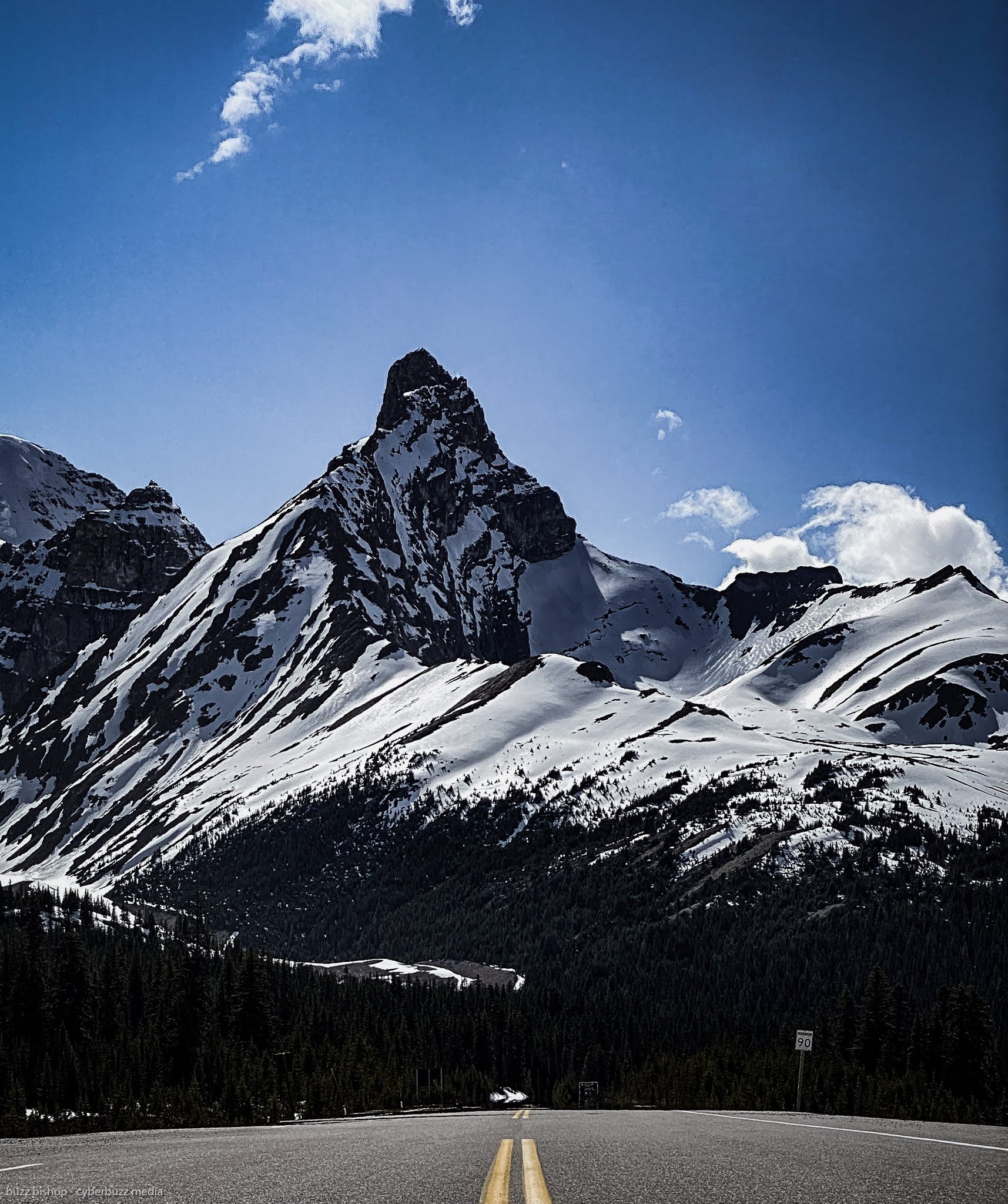 It’s not really surprising these winter tire rules would be in effect, the picture above was taken in June near the summit of the Icefields Parkway!

Quebec mandates winter tires  from December to March. Since 2008, the province’s Highway Safety Code demands all vehicles registered in the province have tires marked with the three peak mountain and snowflake symbol through winter.

Failure to outfit your vehicle with winter tires can lead to a fine of a few hundred dollars, plus costs (like towing and vehicle storage). A December cut off is pretty late into the season for this law to come into effect, so make sure you get an appointment scheduled sooner than later to beat the swap rush.

If you’re only visiting Quebec the tire law does not affect you as your vehicle would be registered to your home province or state.

So those are the rules and best practices for changing to winter tires in Canada.

All of Canada’s drivers (save for maybe that tiny corner of the lower mainland and Vancouver Island where it’s always warm and wet) should swap out their 3 season or summer tires for full-fledged winter tires.

And it’s a good idea to get it done early.