Born And Raised Canadian (And Proud Of It!)

That was the title of the latest email I received from Mark’s this week. I get a couple of emails a month from them keeping me in the loop on the latest sales, new fashions, and other updates.

But this one was different. It wasn’t talking about their awesome jeans, great new shoes, or big sale. It was just a “here’s something you maybe didn’t know about us” sort of email. 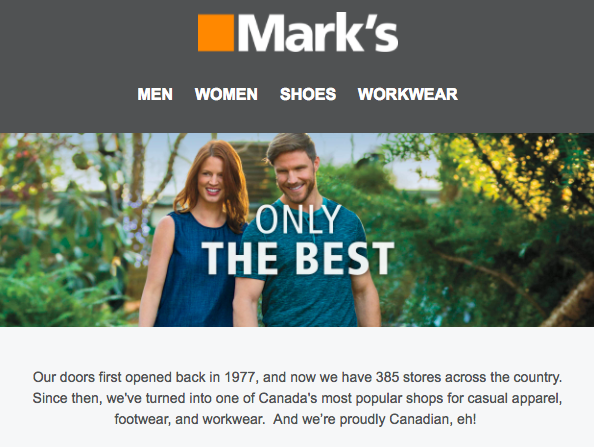 It got me thinking of all the celebrations we’ve had this year for Canada 150. An email from my favourite place to buy jeans inspired me to tell you the story of how this spring I went looking for the history of my genes.

Follow along, there’s something in it for you by the end.

HOW CANADIAN AM I? 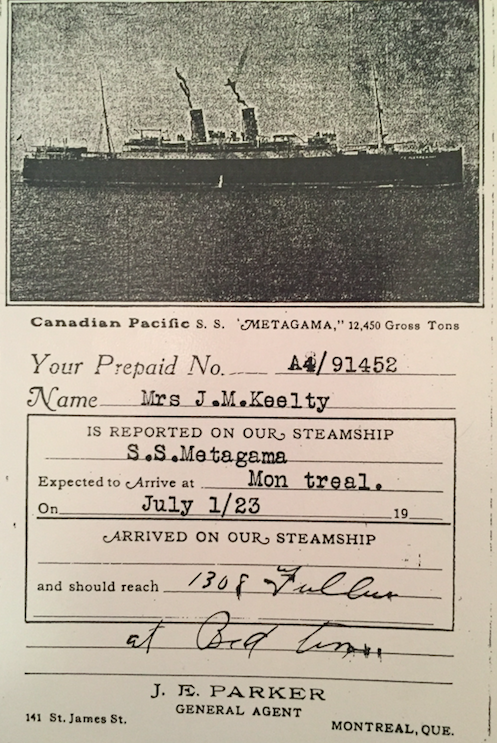 Canada is a land of immigrants. My maternal great grandparents were born in Scotland and moved to Canada in search of opportunity after WWI.

Through some genealogy work done by my sister, I have seen their steamship tickets, and found photos of the ships they took to come to Canada.

I showed them to my sons who immediately shouted “they came on the Titanic!?!?” Sure, it kind of looks like that.

I’ve always known my mom’s side came from Scotland to settle in Quebec. But I hadn’t known much about my dad’s side of the family. So this spring, inspired by the Canada 150 stories, I dug deep into one of those family tree websites and went searching for the rest of the story.

How Canadian am I? When did the other side of my family leave Europe to settle in Canada? Am I related to anyone famous?

I have always celebrated that I am French-Canadian, but I know my roots go back to Scotland more quickly than they do to France.

It’s a funny thing, genealogy. Once you pull one thread, a dozen more come loose. It’s a choose-your-own-adventure game that can have you chasing leads down all sorts of avenues. Sometimes you’re rewarded, sometimes it’s a dead end and you back track to try another section of the labyrinth. 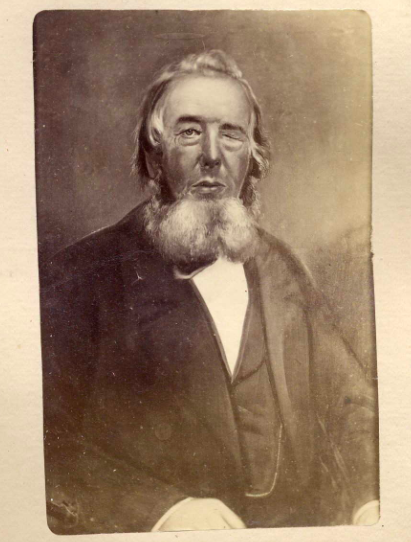 Eventually, piece by piece, the puzzle starts to come together. I had just a little bit of information, but following leads from obituaries, marriage records, and birth announcements I started to go deeper and deeper into my father’s past.

Every step of the way, my dad’s ancestors were Canadian. Then I discovered Alexander McAuley Murphy (left), my 4th great uncle, who moved to Montreal from Ireland in the early 1800s and went on to become a successful retailer on St Catherine’s selling fine Irish linens and dry goods.

Irish, I thought. Even the French side of my family had roots in the UK! I shouldn’t have been too surprised, my grandmother’s maiden name was Murphy, after all.

So I backtracked a generation and pulled a different thread that led to indigenous roots! Marie Miteouamigoukoue, an Algonquin of the Weskarini Band, is my 10th great grandmother!

Along the way to discovering her I followed a path that started to reveal a stream of Filles du Roi. These women, in the late 1600s, were sent to new France by Louis XIV to boost population in his colony. A direct connection to the Sun King, the famous royal of Versailles!? Wow.

The Filles du Roi were given a stipend to go and marry fur traders and were given bonuses the more children they had. I found no fewer than 5 of these women scattered across my tree. Anne Bertault, Marie Coipel, Marie Charlotte Joly, Barbe D’Orange and others all taking a gamble on a better life a world away.

Madonna, Angelina Jolie, and Hilary Clinton can all trace their roots back to some of the Filles du Roi. NOW we’re getting to some remarkable family history. But the best was yet to come ..

From my indigenous grandmother to the Filles du Roi, I started to get a sense that not only did I have very deep Canadian roots, but the ancestors that came to Canada were some of the earliest European settlers to New France. 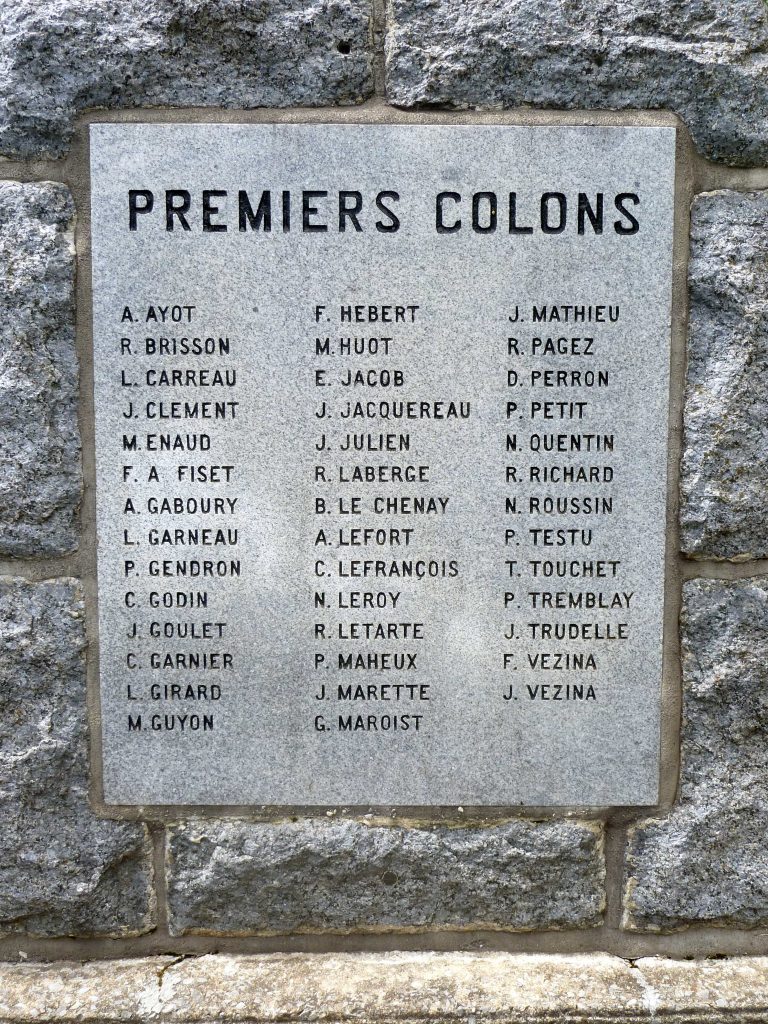 I continued to poke around the names of fur traders and their families and discovered François Vezina, one of the founder of L’Ange-Gardien, a small village outside of Quebec City. To this day his name is carved in a stone at the edge of town remembering les premiers colons – the first settlers.

I started this exercise in researching my Canadian identity to seek out remarkable stories. I was hoping to find a link to perhaps a famous hockey player, politician, or maybe even a Father of Confederation.

But my digging uncovered something deeper.

MY ROOTS ARE CANADA’S ROOTS

As I followed a path that led me past the Filles du Roi and into the early 1600s, I hit upon something that brought me chills. My family tree features one of the most pivotal figures in all of Canadian history. 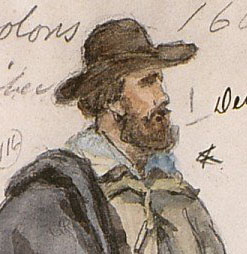 My 11th great grandfather is Abraham Martin (left). A Frenchman of Scottish heritage, he was known as L’Ecossais (The Scot). He was born in Saint-Remy, Normandy in 1589 and was a farmer and sailor. Nothing remarkable, really, until you piece together that in 1620 he sailed for New France, alongside Samuel de Champlain . Yes, that Samuel de Champlain.

Martin would settle on a 32 acre piece of land high above the St Lawrence River that would be known as The Plains of Abraham. It was here, nearly 140 years later, on September 13, 1759 that the fate of Canada would be sealed in a battle between Wolfe and Montcalm. The British defeated the French and New France was no more.

That battle happened on my 11th great-grandfather’s farm.

The entire path of my family tree goes back and forth between British (Scottish/Irish/English) and French. The oldest roots I can find link directly between those two solitudes fighting over who would control the colony.

I went looking for a remarkable story, and I was floored. My family tree has its roots firmly planted in the fabric of Canadian history and I couldn’t be more proud of it.

It’s a bit of a stretch to talk about genes after being inspired by jeans, but that email from Mark’s inspired me to tell the story here.

Mark’s was born in Calgary in the summer of 1977 and raised Canadian. Now, 40 years later, I’m living in Calgary and celebrating my Canadian roots and Mark’s – the perfect coming together of jeans and genes.

How Canadian are you? Tell me your ancestral story and you could win $100 to spend on some jeans to cover your genes.

The contest is open to Canadian residents with a Canadian mailing address only. No purchase necessary. Void where prohibited. No cash substitute. Do not to use generic, contest bot Twitter accounts, please. This is a great prize, please share it genuinely with your followers instead of using anonymous contest-only accounts.