Dick Clark hosted American Bandstand from 1956 through 1989. He wasn’t the first host of the show, Bob Horn, Lee Stewart, and Tony Mammarella hosted it in the 4 years before Clark, but Dick was the one who made the show legendary. For 43 years he was at the end of the long stick mic surrounded by dancing teenagers.

When Clark retired from the show in 1989, he selected David Hirsch to be his replacement. American Bandstand ended a year later.

Over the past 30 years in Canadian radio, there have been a few legendary morning show teams and hosts. Roger, Rick, and Marilyn in Toronto, Larry and Willy in Vancouver, Terry DiMonte in Montreal, and Don, Joanne, and the Coach in Calgary.

And I don’t use the term legendary lightly. Each of these hosts and teams has legacy, ratings, and stardom on a local level on par with what Dick Clark had on a national level. To come in behind their wake is not to be done lightly.

And I’m about to try with these two gems. 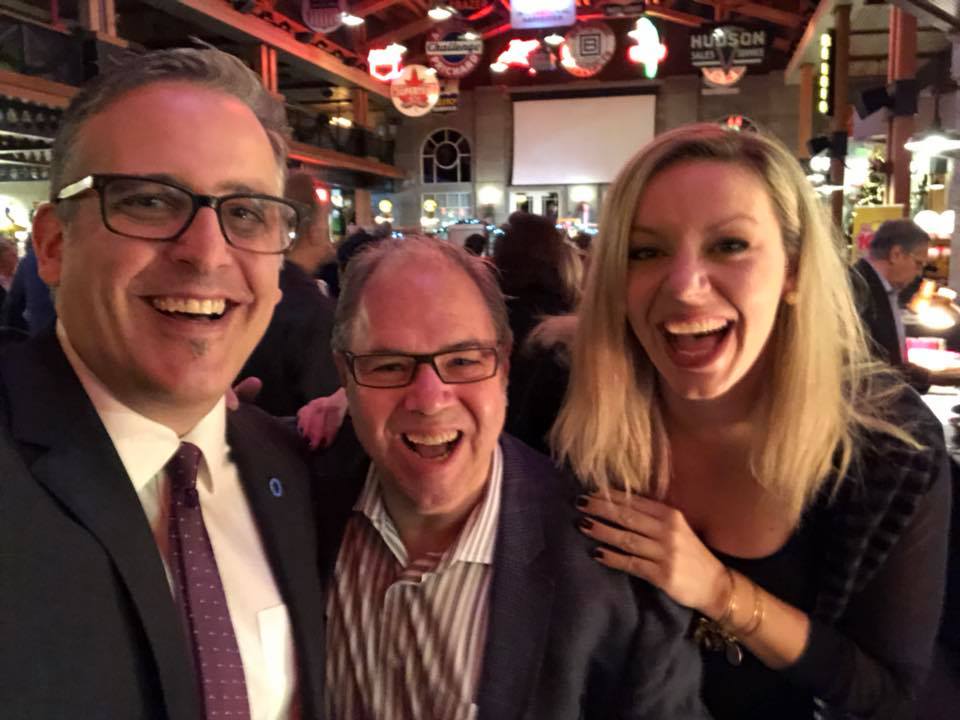 That’s Coach in the middle, and Heather on the end. We will start a new era of XL 103 morning radio in January.

After 25 years together, the legendary radio team of Don and Joanne is retiring. Coach, not quite ready to hang up the microphone, is playing the role of Frasier Crane.  He gets to star in a spin-off from the successful show, acting as a comfortable bridge for the audience as Heather and I slide in to warm chairs of Don and Joanne.

It’s a full circle for my radio career, in a way. When I first started at CJIB in Vernon in the early 90s, a big star in the company from Calgary came to play golf with my General Manager. I was invited along and played a round with Don Stevens. He hit a hole in one, and somehow by the end of the round, I had convinced him, or he had offered, to do some voice work for my radio show.

When I first came to Calgary in the winter of 2009/10, I was hired to do the morning show on AMP Radio. That run lasted about 18 months when Don Stevens, then the program director of XL 103, the radio station next door in our building, offered me a chance to come over to work with him and do middays.

For the second time in my career, Don reached out and gave me a lift. And now, with his retirement, Don gives me a third break in my career.

I don’t know if it’s earned, or right place right time, but over a career that has ebbed and flowed over 27 years I have found myself crossing paths at key times with Don Stevens. I’m forever grateful and looking forward to the challenge of picking up where a legend leaves off.

David Hirsch wasn’t the only guy to slide in behind the wake of Dick Clark – Ryan Seacrest has done it too.

In fact, Seacrest has paved his impeccable career in the wakes of no fewer than THREE legends. He followed Dick Clark on New Year’s Rockin’ Eve, he succeeded Rick Dees as morning host on KIIS-FM, and most recently he has slid into the spot Regis Philbin once held beside Kelly Ripa on Live (albeit with Michael Strahan as a buffer).

Let’s hope my run on XL 103 is more Seacrest than Hirsch.