[twitter]Winter is long on the prairies.

In my 4 years in Calgary snow has fallen in September, it has been on the ground in June.  When storms happen, they move in suddenly, deposit their damage and move on. Rarely do you see a weather system lock its jaws on the city for days or weeks or months.

In Vancouver. the mountains act as a wall, the clouds roll in off the ocean and get stuck in a spot for days or weeks. A high overcast day almost feels like a blue sky during the wet coastal winters.

In Calgary, winter may be cold and long, the summer may be short and sweet, but the one constant throughout the year in Calgary is sun. It is the sunniest city in the country with more than 333 days of bright sunshine every year.

Vancouver hails as the warmest city in the country with only 46 days a year below zero and Victoria only sees 44cm of snow a year. So if you want to avoid winter, the southwest corner of the country is the place to be. However, if you want a daily dose of vitamin d, if you want it to be bright and sunny, even on the shortest days of the year, Calgary is the place.

6 of one, half dozen of the other. I never owned an umbrella when I lived in Vancouver. I just dealt with the rain. In Calgary, I don’t have fancy sunglasses, I squint and bear it. 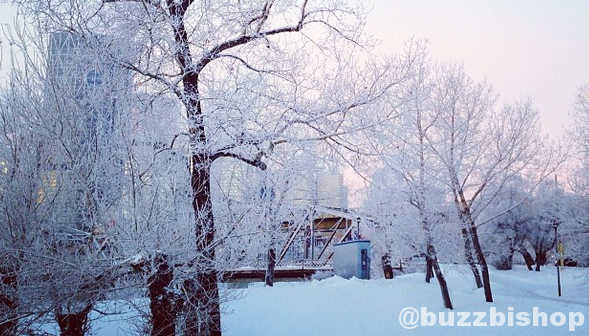