iFLY Indoor Skydiving is coming to Calgary’s Deerfoot City in 2019.

The vertical wind tunnel tower in northeast Calgary is scheduled to open in fall of 2019 and will be similar to the ones iFLY operates in more than 35 cities across the US, Canada, Europe and Asia. 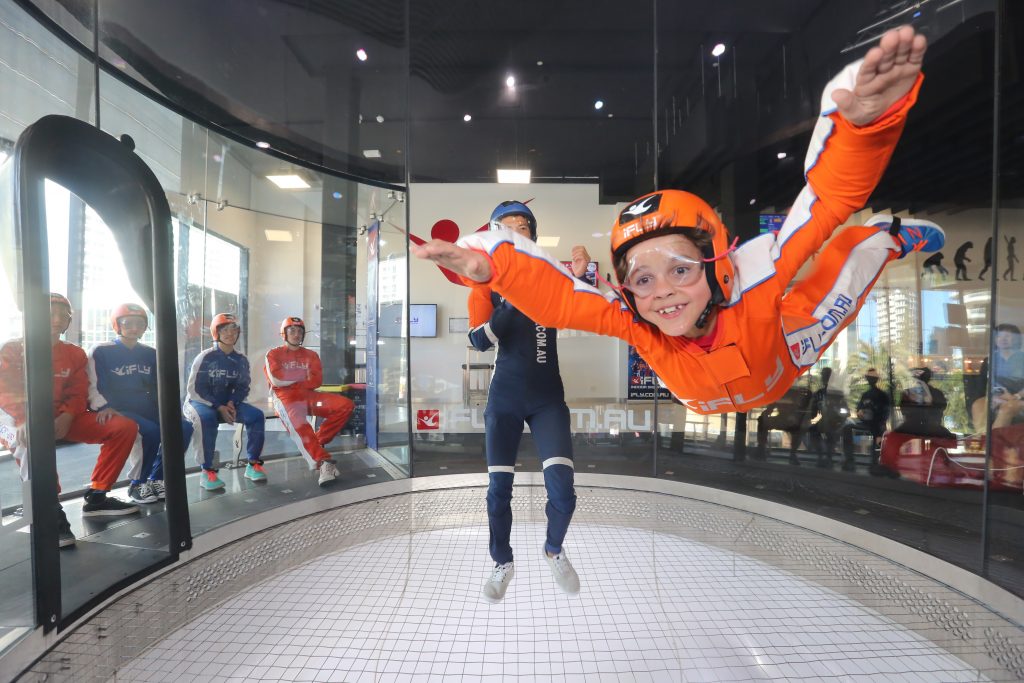 We had a chance to visit iFLY on a trip to Gold Coast, Australia a few years back and while it doesn’t compare to the adrenaline rush of actually skydiving, it’s a fantastic flying experience they like to call BodyFlight.

Here’s how it works:

By manipulating your body and the wind speeds, you can rise, fall, spin, and … fly.

A variety of ages and abilities can take flight, Charlie was just 6 years old when he entered the tunnel and even took a tandem flight with his brother. 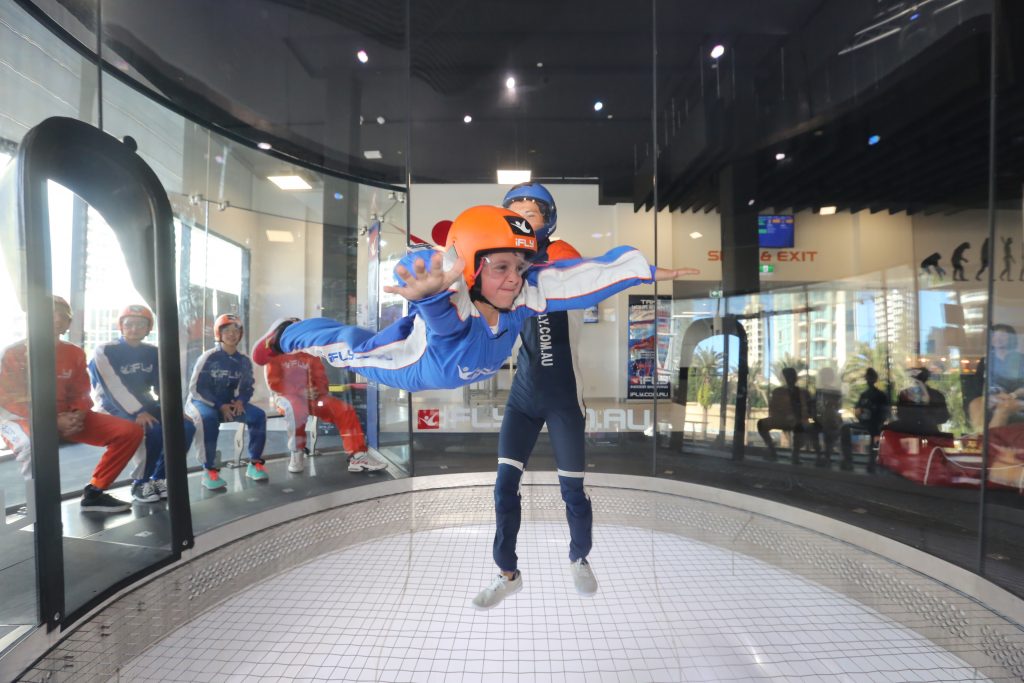 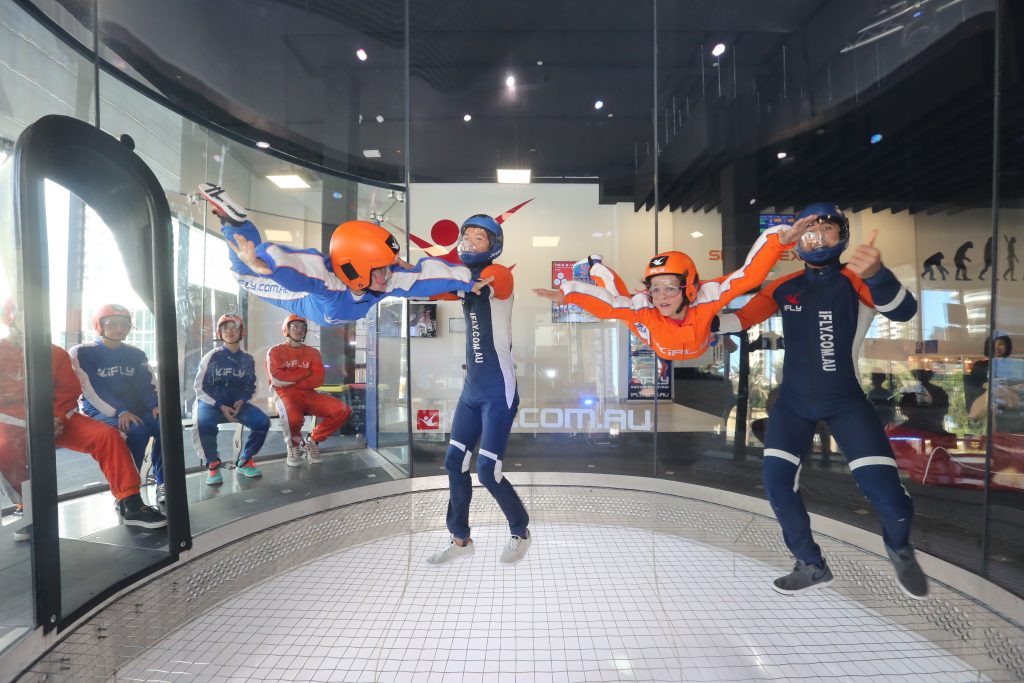 Zacharie was the most natural of us all, it’s almost like he was born with wings. 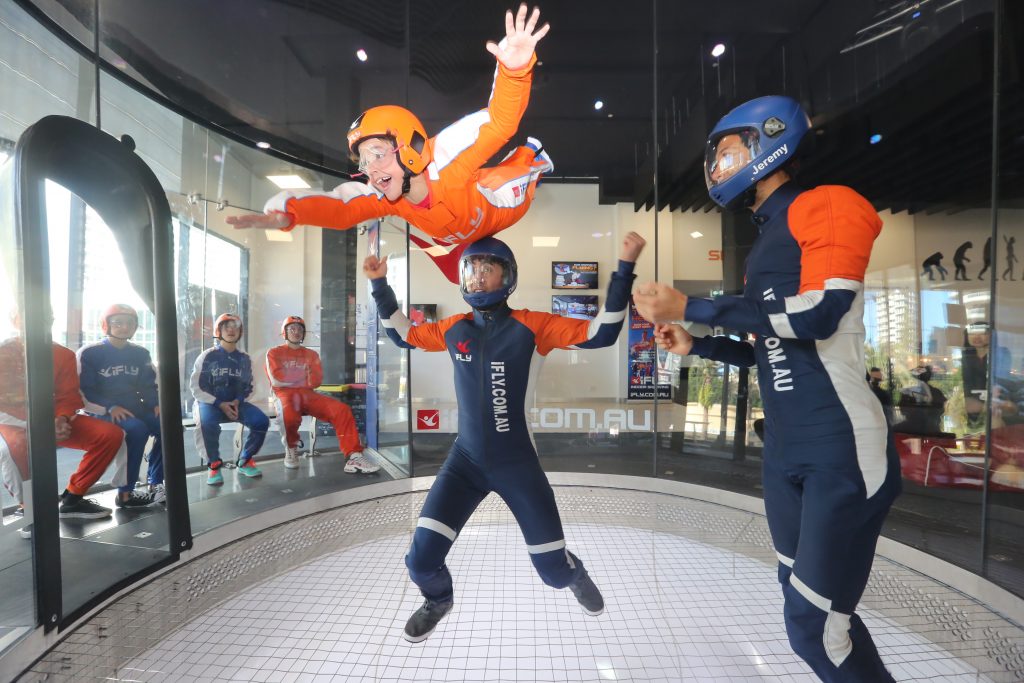 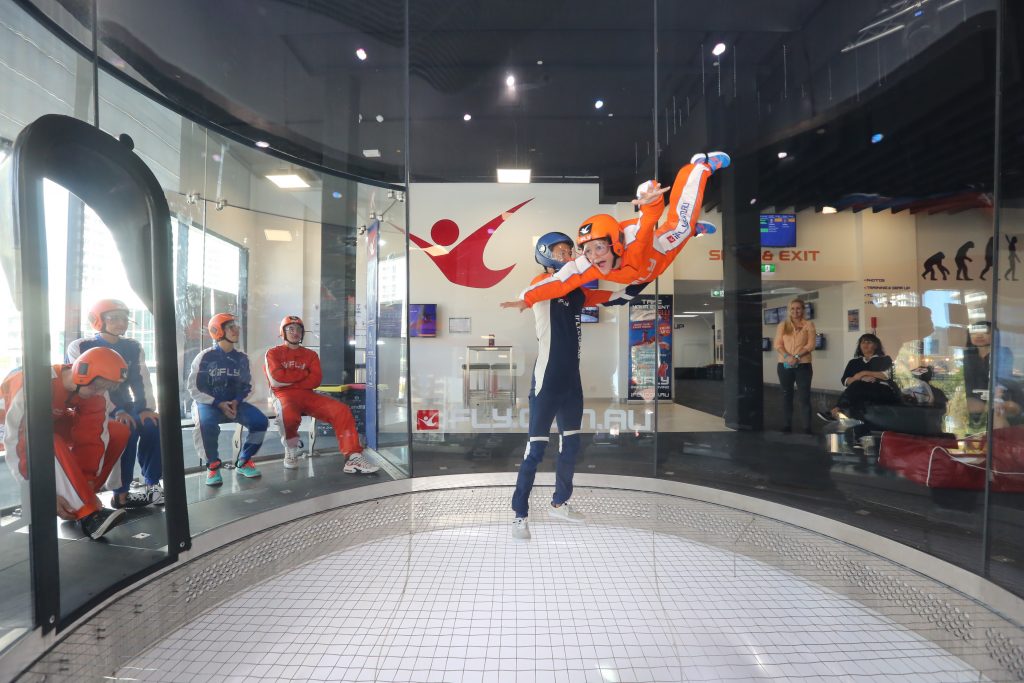 The entire time you’re in the tunnel, there’s a flight instructor to help you fly. They keep you off the glass, make sure you don’t get too high, and help you with your arm movements.

Jen was a good flyer. 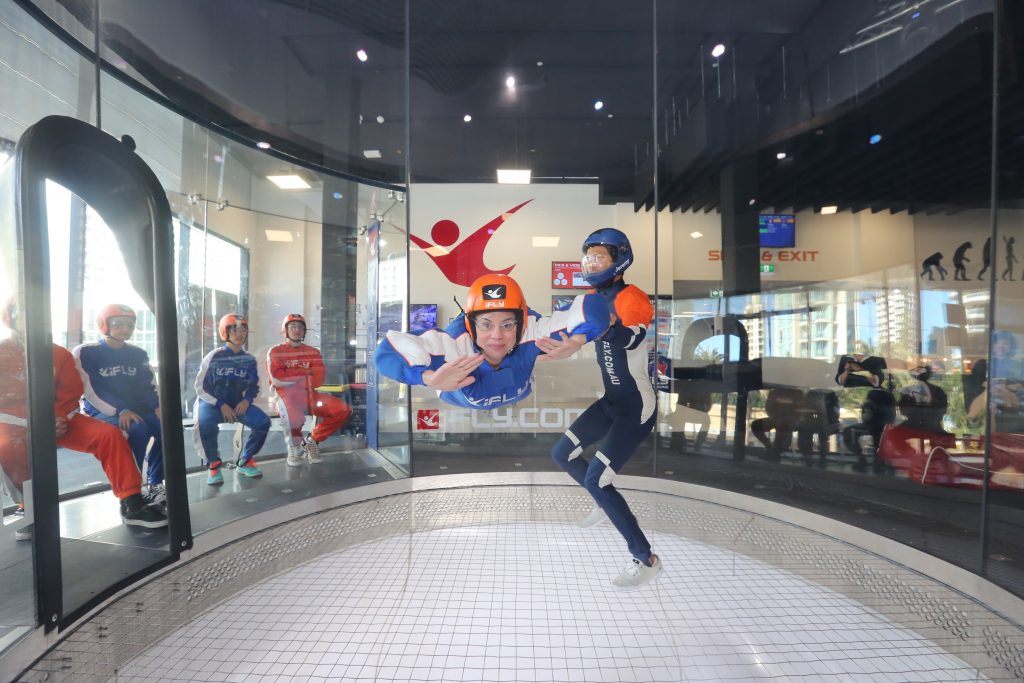 And then there was me. 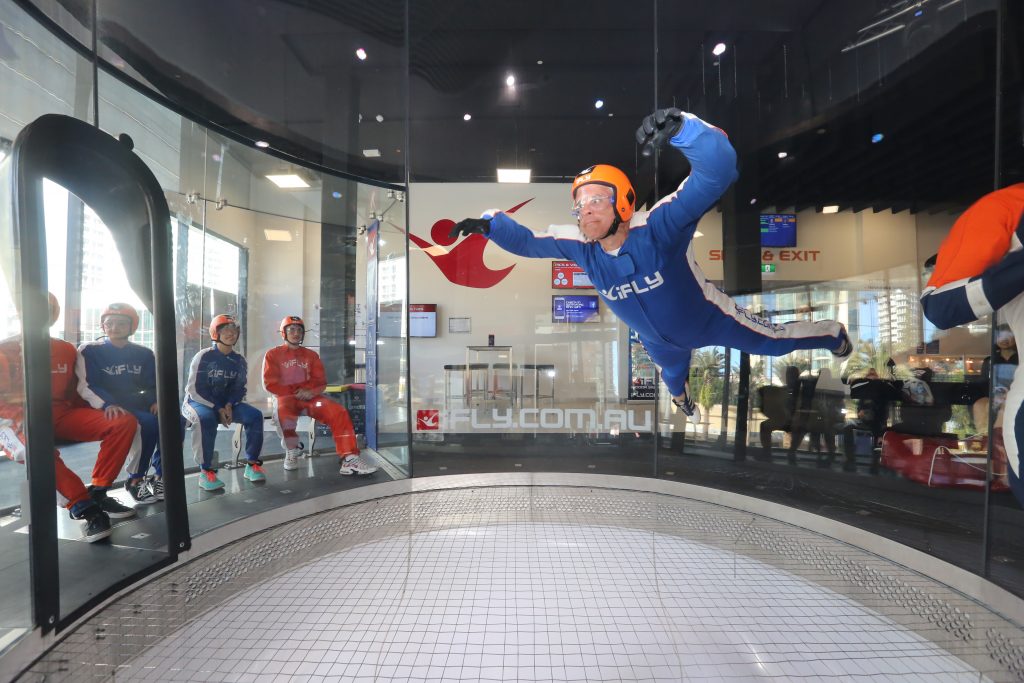 The waiver very clearly asks if you have any injuries that might hamper your ability to participate,  specifically in places like knees, hips, shoulders, or elbows.

There’s a lot of pressure pushing you up to keep you flying and even old school injuries – like a dislocated shoulder I suffered on the wrestling team nearly 30 years earlier came back to haunt you.

I lasted mere seconds before I was giving the thumbs down to the instructor as felt my shoulder buckle and I had to bail.

I loved it while it lasted.

Those who know how to work the wind can create some incredible aerial stunts in the iFLY tunnel. Check out this epic video from the Wind Games in February 2018. Kyra Poh floats, dances, and makes gravity appear like a myth.

The iFLY Calgary facility is scheduled to be the third in Canada, with plans to open others in Vancouver and Edmonton.

This is post is not sponsored. We were guests of iFLY Gold Coast in June 2016.